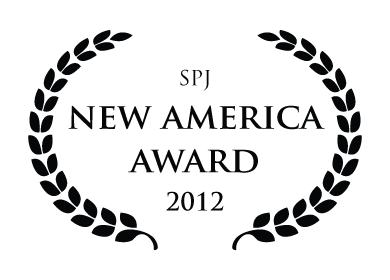 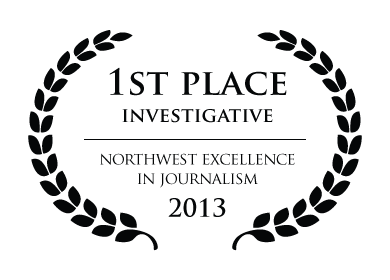 A 39-year-old Mexican national who has lived illegally in Pierce County for more than half of his life will be able to stay in the United States through the end of next year – and possibly longer.

Oscar Campos Estrada’s chances for staying in this country permanently took a major step forward when a federal immigration judge recently set his next court date for December 2013.

That’s because come May 7 – more than seven months before Oscar’s next court date – his oldest daughter, America, will turn 21. Once she does, she’s eligible as a U.S. citizen to file a green card eligibility petition on behalf of her father.

Unlike other family-based permanent residency petitions that can take years to process, those filed on behalf of the parents of U.S. children 21 and older are considered immediately. In the long line of illegal immigrants seeking green cards, parents of Americans have priority to adjust their immigration status.

“As soon as the petition is approved, he can apply for a green card,” Kratz said. “Then, we can show the court, the government that he has an approved petition, and we can ask them to terminate his removal orders.”

That means – if Oscar’s petition is approved – his deportation case could be canceled before he ever sets foot in another courtroom, Kratz said.

The immigration case of Oscar Campos Estrada – a father of four who illegally crossed the U.S.-Mexico border near Tijuana more than 20 years ago – was featured last month in Center of Detention, a News Tribune special report.

Oscar has since built what he calls his “dream” life in America, largely living under the radar while working itinerant jobs and raising a family that includes four American children with a fifth expected in February.

Despite several brushes with law for misdemeanor crimes, including two drunken driving convictions, Oscar largely has managed to avoid an immigration reckoning over the years. Meantime, he filed at least two green card petitions, only to have them disqualified because he married his long-term girlfriend and unwittingly changed his eligibility status.

In 2011, after Tacoma police arrested Oscar for driving with a suspended license, immigration officials placed a detainer on Oscar in jail and sought to deport him. Oscar and his family hired Kratz to fight his removal and scraped together $10,000 for bond money to get him released from the Northwest Detention Center last year.

Since then, Oscar has obtained a federal employment authorization card and Social Security card, so that he can legally work to support his family until his immigration case is resolved. He also has witnessed the birth of his first grandchild, the baptism of his 3-year-old son and his oldest son’s admission to college.

On Sept. 26, a federal judge set Oscar’s next hearing for Dec. 13, 2013, reflecting the monthslong backlog choking U.S. immigration courts. The extra time between Oscar’s hearings will allow him to turn to his oldest daughter for help.

“America turns 21 on May 7,” he said last week. “We’re literally going to file a petition on her birthday.”

Oscar’s strategy is no slam dunk. The U.S. Citizenship and Immigration Services must first review and approve his daughter’s petition before Oscar can seek to cancel his deportation case or obtain a green card.

“In order to adjust your status to become a lawful permanent resident, there are certain requirements you must meet,” USCIS spokeswoman Sharon Rummery said. “There are background checks. You have to be eligible to adjust his status.”

The agency can also reject a petition based on an illegal immigrant’s criminal record.

“It’s all up in the air,” Oscar said. “Some people seem to think that because I have a work permit, I’m going to get to stay here. But that’s not what it is. The government still wants to deport me. We’ve just got to wait and see.”