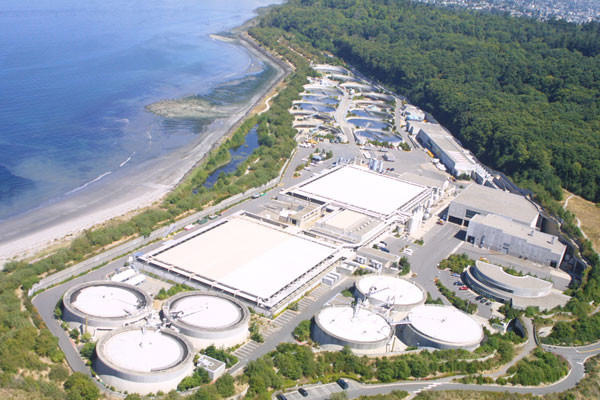 How pollution testing may have gone astray

Home » Environment » How pollution testing may have gone astray

SALT LAKE CITY – Sitting by a table in his basement office, a silver-shocked Peter Maier pulls out four colors of Legos to illustrate how all life is built mostly of oxygen, nitrogen, hydrogen and carbon – and how one, nitrogen, can be a big pollution problem when not properly handled at sewage-treatment plants.

He rattles through a brief history of modern sewage treatment, including how what he learned in his native Holland gave him great pause when he moved to America in 1978 and saw how sewage was being treated here. Or, to be more precise, how sewage was tested here.

He quotes the late Edmund Muskie, a chief architect of the Clean Water Act, who said during a Senate speech as the legislation neared passage 40 years ago this month:

“Streams and rivers are no longer to be considered part of the waste treatment process.” But it’s still happening, Maier tells a visitor, because the U.S. Environmental Protection Agency erred in telling sewage-treatment plants to test for how much oxygen treated sewage would suck out of waterways where it is dumped – the so-called “biochemical oxygen demand” or BOD test.

In the process of eating – and thereby treating – the waste, both types of microbes consume oxygen.

When this oxygen consumption gets out of control, it robs the fish and other marine creatures of the oxygen they need to live.

The most well-known example nationally is the “dead zone” in the Gulf of Mexico, a swath the size of Delaware where little to no marine life can exist.

To guard against this, the EPA requires sewage plants to test levels of the organic matter leaving the plant to predict how much oxygen it will eat up, or demand – the BOD test.

The use of the test grew out of the actions of a British government commission that operated from 1898 to 1912. Maier says he learned while a student in The Netherlands that when the BOD test was brought into widespread use in England in about 1920, scientists used it to measure both types of bacteria over a period of 30 days, the full amount of time it takes the bacteria to digest all the waste.

When the test is carried out, the carbon-eating bugs are present in the waste itself, and go to work right away, demanding oxygen all the way along. The nitrogen-eating bugs – nitrosomonas and nitrobacters – are a little slower getting started, since there aren’t very many in the waste to begin with. While the slow-growing nitrogen-eaters’ population doubles perhaps once a day, the carbon-eaters double their numbers every hour or two, at least at first.

The carbon-eating microbes are in full swing by the fifth day of the test. Their populations are thriving. But the nitrogen-eating bugs are just getting started, and may not get up to full speed until maybe the sixth to the eighth day, depending on conditions such as the temperature. (They do better in warmer weather.) It can take up to 30 days for those bugs to digest the urine-based waste.

And this is where the science of sewage treatment parts ways with the actual methods used in the U.S., as Maier sees it.

The problem, Maier says, is that those nitrogen-eating bugs that die in the laboratory flask don’t get killed in the actual sewage-treatment plants. And those nitrogen-eating bugs keep on eating waste and requiring oxygen that comes out of the streams where the waste is dumped – at the expense of the fish and other aquatic creatures that live there. Plus, all the nitrogen that the bacteria haven’t eaten acts as a fertilizer for algae downstream from the sewage plant.

After EPA approved the testing procedure change in 1984, rates of noncompliance with the Clean Water Act by sewage-treatment plants plummeted.

But Maier, noting widespread evidence that nitrogen is over-nutrifying many water bodies, says the EPA should also be requiring all plants to do another test known as Total Kjehldahl Nitrogen, or TKN, to determine the actual oxygen demanded by the waste being dumped into waterways. Nitrogen needs to be controlled, but it largely is not, he says.

Depending on the condition of the water bodies they dump into, some sewage-treatment plants are required to control a portion of the total nitrogen, the ammonia. But Maier says all the plants should be measuring all the nitrogen all the time, and that EPA should set nitrogen-control standards that apply to all plants. The EPA has said those limits are not always needed, and so regulators should decide on a case-by-case basis whether to impose them.