InvestigateWest presents a six-month investigation into the origins of the prescription epidemic, the challenge it poses for communities, and what lessons other states might learn as Washington enacts the strongest prescription drug law in the country. 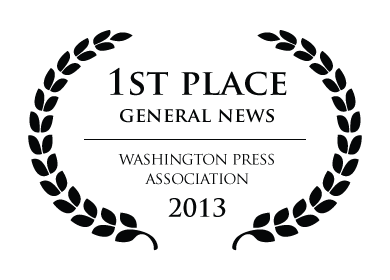 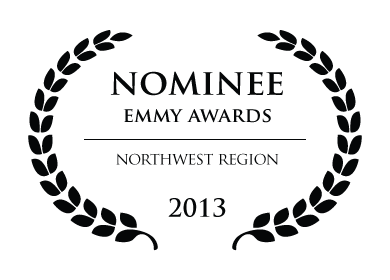 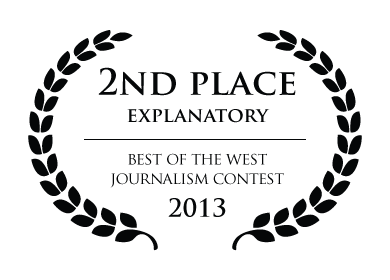 Bill McNary smooths his white coat and steps out from behind the high counter where he presides over medications dispensed at the Maple Leaf Pharmacy in a quiet residential neighborhood of north Seattle. He scans the few customers who are browsing the aisles full of Ace bandages, aspirin and assorted other sundries for life’s aches and pains.

These days, even the most benign-looking customer could be a deadly threat. Worried about the kinds of robberies McNary, co-workers, and customers have experienced, pharmacists across Washington are seeking changes in state law.

In December, 2009, a young man who McNary said looked “normal enough” strolled into the pharmacy, glanced around, bought a Chapstick, which gave him a view over the counter, and left. When he came back a few hours later, the store was packed with customers waiting for flu shots. He was waving a gun.

The man, Jacob Shook, burst behind the counter and overpowered one pharmacy technician, knocking her to ground.

Technician Geraldine Crews whipped around, phone in hand, as her co-worker flew to the floor. She saw the glint of a gun barrel and hit the ground herself.

“He jerked me up, and slapped me with the gun,” she said. “He got angry. He said, ‘Do you know what Oxy is?’ ” She knew that OxyContin, a powerful pain pill that acts like heroin, sells for upwards of $80 a pill on the street. She also knew that people addicted to it can be desperate.

“Here – take it all and go,” she remembers telling him. She was terrified that if she didn’t, he’d turn the gun on customers.

“This place was full of people — there was a five- or six-year-old little boy with his parents here,” she said. “I’m sure it gave that little boy nightmares.”

The Maple Leaf robbery was part of a wave of hold-ups that have left Washington pharmacists fearful and spurred the Legislature to reconsider whether to increase penalties for robbing drugstores to match those for robbing banks. Pharmacists say the thefts are driven, in part, by an epidemicin prescription opioid addiction.

Washington, which has some of the highest sales of opioid pain medicationin the country, is also a hot spot for drugstore stick-ups, with one in six pharmacies hit between 2008 and 2011. McNary, who’s been in business 22 years, has been robbed half a dozen times in his career. The last four times, the robbers were after OxyContin.

He has a sign up now that says the pharmacy doesn’t carry OxyContin.

“It’s not worth stocking,” he said.

Shook eventually went to prison for 15 years. But his sentence was only that long because he was charged with multiple robberies, felony gun possession and brandishing a firearm. Most run-of-the-mill pharmacy robberies, even those that involve threat of force, are considered second-degree robberies and only net a sentence of three to nine months for first offenders.

The penalties are so short that Shook, who was caught trying to rob a Walgreens in Ballard a few days after he hit the Maple Leaf pharmacy, reportedly told a fellow inmate during a previous prison stay that “robbing pharmacies for OxyContin is the only way to go.”

Penalties for robbing banks are much stiffer. In 2002, the Legislature reclassified all bank robberies as first-degree robberies – a class A felony. Sentences start at six and a half years. That change cut the number of bank robberies in Washingtonin half.

Jeff Rochon, chief executive officer of the Washington State Pharmacy Association, would like to see the same deterrent applied to drugstores.

Last year, State Rep. Connie Ladenburg, D-Tacoma, introduced HB 1507,which would make pharmacy robberies a first-degree felony, placing the crime on par with bank robberies. The bill overwhelmingly passed the House last year, but didn’t get a Senate vote. It’s been reintroduced this year and is awaiting action by the House Rules Committee. State Sen. Mike Carrell, R-Lakewood, introduced a similar bill, SB 6280, this year that would make robbing a pharmacy an “aggravating circumstance” that would allow sentencing above the normal range. That bill has passed the Judiciary Committee and is awaiting a hearing in the Rules Committee.

In addition to the WSPA, the bills are backed by the King County Prosecutor’s Office, as well as Rite Aid Corp. and the Washington Association of Sheriffs and Police Chiefs.

The Washington Defender Association and The Washington Association of Criminal Defense Lawyers sounded the only cautionary notes in public testimony, saying the reclassification would result in criminals having “minimal incentive not to commit the robbery while armed”with a resulting unintended consequence of causing more pharmacy robberies with weapons.

“[The] escalation of pharmacy robberies has been very concerning, not only for the pharmacy community but the state,” said Rochon, of the pharmacists’ association. “Pharmacies are in very public places, [which could] put the public at risk. Any time a robbery happens, there’s a chance of violence . . . if desperation and addiction are involved.”

Washington mirrors a national trend. Since 2007, the incidence of pharmacy robberies has risen at an alarming rate, according to the National Community Pharmacists Association.

Elsewhere, pharmacists have paid a steep price. In the summer of 2011, a gunman massacred four peoplein a Long Island pharmacy during a prescription drug robbery.

The Queens doctor who wrote the robber prescriptions has also since been arrestedand charged with running a pill mill for addicts. Then on New Year’s Day, an off-duty federal agent was shot and killedtrying to interrupt a pharmacy robbery on Long Island.

Rochon said the fear of robberies has been especially hard on small pharmacies, which are particularly vulnerable to drug robberies. Because most operate during daylight hours and keep little cash on hand, they had not been tempting targets for robbery until the prescription drug epidemic reached its current scale. And because pharmacies had historically not been frequently robbed, most lack strong security measures. The National Community Pharmacists Association says 92 percent of its membership doesn’t have a security camera system. Indeed, almost one-third of these small pharmacies lack even a security alarm.

However, as the 2009 Maple Leaf robbery demonstrates, simple security measures can make a big difference in stopping robbers. Seattle police were able to identify Shook because of the pharmacy’s cameras, which clearly displayed Shook’s neck tattoos.

Increased security measures at some Washington pharmacies have helped reduce the number of robberies recently, according to the Seattle U.S. Drug Enforcement Administration office. But they are still targets.

The wave of robberies is so pervasive that it may not be enough to install security cameras and give pharmacy employees additional training, said Rochon. He also worries that the state’s new Prescription Monitoring Program, which went into effect this year and requires pharmacists to enter data into a new state database when patients fill prescriptions, will result in increased desperation on the part of addicts and cause still more stick-ups.

Still, pharmacies are unlikely to go overboard with security measures, according to the WSPA’s Rochon: “Pharmacies are first and foremost healthcare facilities. There’s an important component of patient [comfort] that we try to maintain.”

The root problem goes back to the way pain is medicated, said Maple Leaf’s McNary. Every day he dispenses drugs to people he suspects might be dependent on them.

“It’s not my job to judge the person,” he said. But it frustrates him nonetheless.

“Why do we have robberies?” he said. “People are addicted.”

Robert McClure contributed to this report