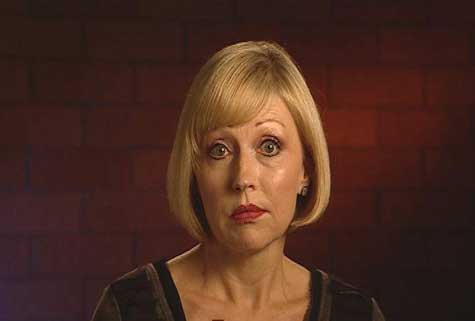 Prescription drug overdoses kill two people a day in Washington state. But the damage caused by addiction to painkillers is even more widespread. As part of its collaboration with InvestigateWest, KCTS invited recovering addicts and their families to share their stories. Here Ethan Morris, executive producer for public affairs at KCTS, interviews Rose Dennis. Dennis is on the Board of Directors of SAMA, the Science and Management of Addictions. She’s also the parent of an addicted child.

Rose Dennis: Hello my name is Rose, and I am here today because I have a son who has an opiate pain addiction, which is the disease of addiction and he has been living with this disease for over 12 years. Unfortunately, he was introduced to opiates when he was13 and he was in the hospital fighting for his life. He had acute myelogenous leukemia, which is cancer of the blood and bone marrow. He was in the hospital for nine months, and he was also hooked up to an opiate drip. And he left the hospital cured of cancer, but with the new disease called addiction.

EM: And he needed this opiate drip for his treatment for leukemia?

RD: Well I guess so. The doctors felt at that time, because of the type of protocol therapy that he was going through, that he did need to have pain medicine. I think it’s just unfortunate that he was given such large dosages at such a young age, not knowing what the side effects were going to be.

EM: So he finishes his treatments and gets out of the hospital. What happens then?

RD: Well of course we’re just so thankful that he’s still alive. We’re not sure if he’s going to stay in remission for long. There was a chance for five years that the cancer would come back. So I guess as parents, we wanted him to enjoy life to some extent — go back to school and graduate and fulfill his dream of going to college. But little did we know that he was addicted. He hid it from us. And it just finally, after about four years, again we’ve been fighting this disease now for 13 years, we finally realized that we have a very sick son. And so he’s been put in treatment many times, probably 11 times. And he, the longest he has stayed in remission… I mean, free of drugs… is 18 months.

EM: How did you find out?

RD: We found out because we started to miss things at home. Checks were taken, and cashed. Jewelry was stolen. Anything that he could take and sell was taken from us. Which is what, unfortunately, most addicts do to buy drugs.

EM: You confused the words remission and recovery, but that gets to the point your particular situation, how difficult this has been on top of his having leukemia. Can you speak to that?

RD: He’s been very fortunate that his cancer has not come back. So once we reached the five-year window, we were of course celebrating, but then we were realizing that we were also dealing with a son who has the disease of addiction. So it was right after that that we sort of forgot about the cancer and did everything we could to help him with the disease of addiction. We sent him to treatment all over to help him with this disease and have not been successful.

EM: You have pictures of him in the hospital with support from his friends, at the Huskies with the Husky coach. You talk very passionately about getting a lot of support when he had leukemia but not being able to get help now?

RD: Exactly, exactly. And right now our son is suffering. We don’t know if it is post-traumatic- stress syndrome from having a life-threatening disease like cancer. But he lives in a world where there’s huge stigma attached to this disease, and his friends no longer want to be his friends because of the life choices he has taken. And so he has no job, no friends other than the wrong friends when he’s using, and there just isn’t the support system. We’ve had so many doctors just tell us: ‘There’s nothing we can do, we don’t know what to do.’ And I can’t tell you how painful that is as a parent who wants their child to survive and outlive this disease. So we are doing our best not to give up. But again, you’re right, there is just not a lot of resources out there that will help him. And I feel that many, many doors have been closed – too many doors – and too many people have turned their back on him.

EM: You do some work with SAMA. Can you talk about that?

RD: I was introduced to SAMA, which the Science and Management of Addictions, and our mission is to create awareness about drug addiction, especially in young adolescents because too many of them today are dying very young and addiction destroys families and takes lives. And we just need to create awareness and provide more recovery for these young adolescents, who are fighting the disease of addiction because recovery is where we’re going to have success.

Matthew was in treatment 11 times. It’s the recovery where he’s having a hard, hard time. And I think it’s because so many people turn their back on these young kids and they just don’t have the strength and the courage to stand up and fight this disease alone. So we are providing the support system with good recovery to help these young adolescents get through this stage that they are living.

EM: Can you talk a little bit about that? Why recovery is difficult? We’ve heard this from several people in recovery who had a similar experience. They wanted to get clean but then once that decision was made that wasn’t quite enough.

RD: Well I think it’s because the opiates are so strong. They do kidnap the brain, so to speak. And I guess, again, we’re doing a lot of scientific research to understand what we can do to provide a better environment for recovery. But it kidnaps the brain and if they don’t have the right support system, it’s just easy for them to fall back into old patterns.

EM: Do the new laws that are taking effect give you any hope or encouragement?

RD: They do. I think the 911 Samaritan law, so that if someone is in the process of overdosing on drugs they can be immediately called and there’s no consequences to those who call, I think that’s a great, great cause. Educating doctors on the side effects of opiate prescriptions and why they are so, they’re getting into the wrong hands, and their decisions of giving drugs to patients without monitoring, following up, is crucial. So they, too, need to be educated because I don’t think doctors really understand how strong these opiate drugs are, and how they do kidnap the brain, and how these young adolescents can’t fight this disease alone.

EM: What would you say to other parents right now?

RD: What I would say to other parents is you need to be involved in every aspect of your child’s life. And you need to be aware of who they hang out with and what they’re doing, because it’s just so easy between that 12- to 25-year-old age pattern there, that kids become extremely addicted too easily. You’ve just got to do everything you can to be there for your children, support them, love them, give them the confidence they need to grow up to be successful adults and not need drugs.

EM: Would you like to say anything to Matthew right now?

RD: Matthew, your father and I and your family love you very much, and we know how hard this disease has been on you, and we know that you don’t want to live this disease. And it’s just time for you to figure this out. You’ve been given the years of treatment. And we’re here to support you without enabling you. But you’re still young. You’re 25, almost 26. You still have a life ahead of you. Don’t be so hard on yourself, love yourself for who you are and do your best to fight this disease, and know that we love you.

EM: Is there anything else you’d like to add?

RD: I think the more that we create awareness of how serious this disease is, and that doctors are aware they’re over-prescribing these pills –  how dangerous it can be. Too many adolescents are becoming addicted and they’re dying and we just need to be more responsible. The medical community itself needs to realize this is not a disease that you can put a Band Aid on and it will go away. And that we need to provide more than three to five days for treatment with no follow though, no recovery, no environment for them to become successful young adults. And methadone is not the answer either. There are some wonderful new therapies out there to help these kids and it’s time for the insurance companies to be aware of that.