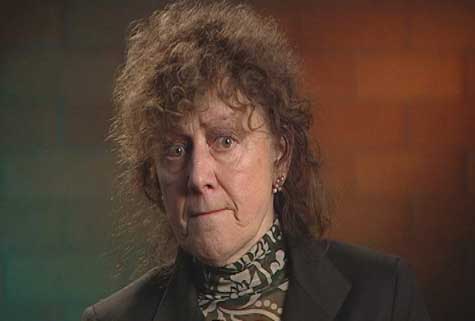 Prescription drug overdoses kill two people a day in Washington state. But the damage caused by addiction to painkillers is even more widespread. As part of its collaboration with InvestigateWest, KCTS invited recovering addicts and their families to share their stories. Here Ethan Morris, executive producer for public affairs at KCTS, interviews Maria Downing. Downing is on the Family Action Council for SAMA, the Science and Management of Addictions, an organization that works to educate families and youth about addiction. Her grown son died of his addiction.

Ethan Morris: If you could start, tell me your name and tell me about your son?

Maria Downing: I’m Maria Downing. My son is Greg Downing, born in 1967. We didn’t know until later on that he’d actually been introduced to marijuana at 11 years of age. There was a van a couple of blocks away from the elementary school he attended, offering it to the kids. Just offering it. By 14, he was definitely drug addicted, substance addicted.

It was a struggle for everyone, including himself. I think that his perception was that he had control of it, that he could walk away from it whenever he could. I think that still was in his head somewhere, although less so by the time he passed at 41 and a half.

School became very difficult. He was a challenged student. Very, very smart. Great memory for numbers. Incredible memory. He was a poet and a writer in school, a super athlete, the best in the state really when he went up to Fort Casey for the summer school soccer programs. Also an outstanding catcher. Loved basketball, all the sports.

His younger sister was five years younger, and as a family we tried to protect her from the outrageous behavior whenever he was drugging. We asked him to leave many times because we couldn’t deal with the turmoil and the outrageous behavior, and didn’t know what to do. By the time he was 25, 26, he was at six different treatment centers. I was the parent who participated in the parent programs that accompanied those. But it didn’t seem to change things.

He left for two years to fish up in Dutch Harbor, and he was young then, not 20, and he thought he could come back, put that aside and live a more normal life. But it didn’t happen.

EM: When did you see him get involved with prescription painkillers?

MD: I never really witnessed that, because at that point he had moved from illegal drugs and he was getting prescriptions filled. His health deteriorated a great deal so he did find his way to prescription drugs. He was using them and abusing them, but also selling them.

In fact, the last two and a half weeks of his life, he says, ‘Well I’m really in pain mom.’ He had lost sight in one eye, so there were all kinds of reasons why he was in pain. He had two back surgeries by then. Pain was a problem, so I was like, ‘Okay, I’ll take you. Where do you go for an exam and to get your pain killers?’ Lo and behold we found this DO (osteopath.) And he was just a pill pusher, he just wrote prescriptions. We filled them. So he had OxyContin. It was very expensive. And I know he took some. He also sold some. So that was my evidence, my hands-on evidence. But it was very easy to get prescription drugs because you could get them out of anybody’s medicine cabinet. He was a risk taker, and desperate.

EM: At some point, you said he used heroin?

MD: Heroin was horrible. His wife passed away eight years before he did, also due to overuse of prescription drugs  — all of them, illegal drugs and prescription drugs, too. So that put him in a mindset of just trying to destroy his own life. And he never thought he would take to a needle, but he did. And he would just simply be not himself. Extremely moody and didn’t want to be… I’d beg him to come see me, because he didn’t live with me then. But he says ‘Mom, I’m just no good, I’m just no good.’ And um… his health deteriorated. So that was 2000 and on, he used heroin.

EM: What do you want other parents to know?

MD: Well, today is a different time. When he passed, it was just a month (earlier) that I was introduced by my daughter to the SAMA Foundation.  It was fairly new then. It’s celebrating its 5th birthday now. It’s a resource for families who are struggling with their youth that are experimenting, have substance issues. Substance abuse is a brain disorder. SAMA can give those families directions, give counseling to the youngsters and give them clean opportunities to meet others that are in recovery. There’s a teen line for teens to talk to teens to help them out. And we have incredible researchers at the University of Washington that work with other agencies that focus on research with alcohol and substance abuse. So everything is linked constantly. And we have members of the FAC, the Family Action Council, that go out and speak to high schools, to the students, about being aware of the consequences of even starting to use drugs and substances. You don’t know if you are an addictive personality.  You don’t know, but you soon do if you start, and it’s a terrible path to take.

EM: Did he [Greg] ever talk about his struggles with addiction with you?

MD: Yeah, but he was closed-mouthed too. He was shy about it.
I think he was more shamed by it than anything. He thought it was something, again, that he thought he could control. And he carried that shame for the last eight years of his life.

EM: His youngest was fairly young when he died. How do you want her to remember him?

MD: She’s actually grown up a lot, as you can imagine, because he kept her very close to himself. He was the real parent to her. She even kind of looked like him and had some mannerisms like him. She’s quite critical of his drugging activity. She’s a consequence, though, of the lifestyle. I think she needs a lot more therapy to see that she is very special. I think she has a lot of depression that’s buried. She says she doesn’t, but I think she does. She’s capable of doing anything she wants, but she’s just immersed in her… in the sadness. She lost both parents. What do I want for her is a better life than she’s giving herself. She’s very independent. She’s not at all a druggie. That’s wonderful, but I think she should give herself a chance to get her education, and on track. She has a little one she’s doing very well with, and she’s a really good mom to that little girl, but I wish she’d move forward.

EM: If you could go back a few years to before he died, what would you say to Greg right now?

MD: I think I’m not unusual, but I carry some guilt. We were a very fine middle-class family. And I would tell him that from the beginning I had such expectations. He was so dearly loved. But I was sorry that my expectations… I observed that his personality was laid back, and I mistook it for being without goals in life. And I kind of set his goals and pushed him. And I would tell him how very sorry that I didn’t give him more time to develop in his own.

EM: Can you tell me how exactly he died?

MD:  He evidently was searching for drugs all that Saturday. . . .And so he found himself in a very dear friend’s home where there was a history of druggies that would sleep over. And so he evidently did some drinking and consuming some pills, was highly intoxicated.  And he succumbed to, actually it was crack cocaine and methadone, but it was also complicated by bilateral pneumonia. . . He had succumbed in the middle of the night, and nobody was there to bring him around. They found him I think five hours later. So he overdosed…. Yeah.

EM: Is there anything else you’d like to tell us or that you’d like us to know about Greg?

MD: He could have done so many things. He was very fortunate. I used to tell him, ‘Hey, don’t put yourself down, you’ve got so many things going for you, just naturally so. You’re so capable.’ But I don’t think he had good — particularly when the addiction took hold —  self esteem. I mean that’s easy to say. They all say it, but it’s true — they just don’t think they have much. And I’d say, ‘Gee you just gotta appreciate what you have naturally, you could go in so many directions.’ But again, he just didn’t have the tenacity. He didn’t have the attention span. He couldn’t stick with anything. He was bobbing around and trying to get relief. And I think it is what many of our youth are struggling with, and the parents just have to get in there actively to seek help. The way they do that is contacting SAMA. And then they can see others that are struggling, other families, too, to help them. You can’t wait too long. It is a brain disorder. And so by the time you’re 24, 25, you’ve almost lost that child. You just have to seek help, the parents have to come out.

You can’t hide it. You just can’t. And you can’t control it. You have to find out ways that you can work with our youth, give them some counseling and be around people who have succeeded. Or listen to our stories. My story.