InvestigateWest has just embarked on a three-month reporting project to take a look at family homelessness in Washington, a problem that has escalated with the economy. The reporting is being done as part of a fellowship offered by Seattle University, which paired our project with two student interns. I’m excited to introduce the interns in their own words below: 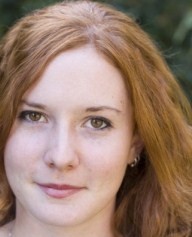 On a typical Tuesday night in February, I left my quiet apartment chock full of books—textbooks, poetry books, novels—and drove up to 23rd Avenue where I was greeted by shouts, hugs and a few weary faces.

Like every other week, I smiled at the young woman to whom I was assigned to work and took out a piece of paper and a pen. I told her that we would try writing a poem, saying whatever she wanted to say.

For several weeks, through the holiday season, the young woman had been missing from our poetry group—a newly formed outlet for foster youth mentored by the national, non-profit program Friends of the Children. Mentors speculated she had been on the streets, but throughout the first weeks of the program, she remained quiet and poised. No one believed that the other life she lived—the one when we were not around—matched this beautiful young woman.

After twenty minutes, she finally spoke up. She told me that beauty was a warm dinner cooked by her grandmother, or just being in her grandmother’s house after being out in the cold.

Moments such as these have confirmed my commitment to assisting the vulnerable among us—those whose lives are affected by violence, by prejudice, by unstable living circumstances. Through this research assistantship with Carol Smith and the team at Investigate West, I hope to give voice to those who are most silenced, who might shy away from the camera and who need more than mere publicity, but who possess the basic right to tell their own stories.

I am a senior English Literature and Philosophy major at Seattle University, and over the last three years, my passion for journalism has led me to the Juvenile Detention Center, a center for Ethiopian refugees in Seattle, and Northern Ireland to cover stories. I have tracked the sales of luxury homes in Bellevue and spent hours in Tent City, getting to know the community. Through my work at Seattle University’s student newspaper, The Spectator, The Puget Sound Business Journal, and an editing company in Ireland, I’ve been led to a diverse group of places.

But I am pulled most to the places where my love of literature and my degree in philosophy seem to matter as much as a hot cup of coffee on a cold day—a lot, or very little. These degrees have taught me to live with compassion, to listen, to appreciate the value of stories, but they also can mean very little, in the grand scheme of things.

I recently volunteered with L’Arche, a living community for developmentally disabled adults, and was struck that no one with whom I was sharing a meal cared whether I could quote John Donne (though I’m still questioning myself how useful this ability is,) or whether I could pop out a decent blog post at the last minute (something I certainly never do.) All that mattered to this community was my ability to relate on the most basic of human levels, to hear their story, even if expressed in shrugs and smiles.

My time with my poetry group has affirmed my belief in the power of a place where stories can be created and shared intimately and privately. But this opportunity with Investigate West renews my belief that I can combine my two passions: working one-on-one, helping to develop the personal stories of youth affected by violence and abuse, and bringing important stories to a public light, in the hope that this effort can bring social change. During my time with Investigate West, I hope to further educate myself on the issue of family homelessness and to work relentlessly to help move people out of silence.

In the early hours of a cold Friday morning, 2,759 unsheltered homeless men, women and children were counted in the King County annual Point in Time survey. It’s human nature to not feel the full effects of statistics, so when you imagine the homeless on that cold Friday morning, imagine just one. That person, those thousands of people, counted on January 29, 2010, should never have to sleep in a doorway or on a park bench. I boil it down to one reason. Human dignity.

My name is Cassandra Little and I was selected as one of the student research assistants for Investigate West's family homelessness fellowship. I am double majoring in Strategic Communications and Public Affairs and minoring in Philosophy at Seattle University.

During my final quarter at Seattle University, I am busy with a multitude of projects; including this assistantship, my senior synthesis, an internship, and finally a financial management class that I think will kick my butt because I haven’t taken math in three years, talk about rusty. All of these projects, besides the finance class are related to my passion to help others. (I am aware finances have some relation to homelessness, so maybe the class has a purpose after all.)

For my senior synthesis, I will be drafting a policy analysis of the employment development opportunities available to wage earners in current and prospective homeless families. At my internship, I am responsible for tracking news articles covering family homelessness, so I will be sharing with you some new homelessness facts and interesting tidbits along the way.

Why am I so interested in this topic? Well, I am not sure I know the complete answer to that question as of yet, but I expect that it has something to do with my own childhood. While I was never homeless, I did experience a multitude of housing arrangements, including secretly living at my grandma’s senior housing apartment for a summer. I also experienced Salvation Army Christmases and those donated food bank power bars that were so hard I could barely chew them. God bless the Salvation Army and food banks.

With those memories and many others I am not ready to share, I developed a deep compassion for those living in dire situations. Many have it a million times worse than I ever did. I had amazing teachers, dependable friends, and a large family to support me. Many others do not. I bet those 2,759 people go without those relationships.

I think my personal experiences have something to do with how I ended up here, writing one of my first blog posts for a nonprofit news organization. I may not be able to house every homeless family, but my hope is to at least shed a little light on their situation and ignite a spark in someone to volunteer their time or give a donation to one of the countless organizations that help struggling families.

Until next time, I will leave you with this quote. “What should move us to action is human dignity: the inalienable dignity of the oppressed, but also the dignity of each of us. We lose dignity if we tolerate the intolerable.” –Author Unknown